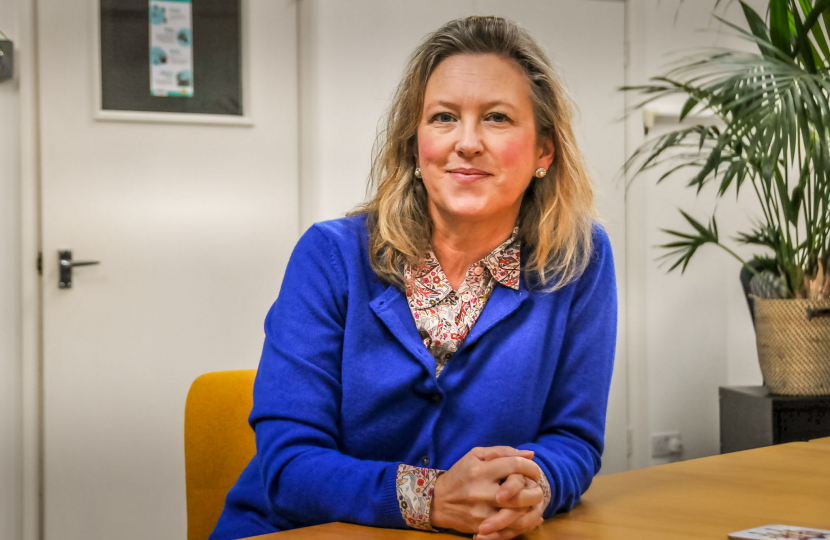 The day started off with an early 7.30am start at the National Parliamentary Prayer Breakfast held in Westminster Hall. Looking around the Hall, packed with people, tables and chairs made me wonder what it must have looked like hundreds of years ago. Westminster Hall is the oldest building on the Parliamentary estate - at around 900 years old, it is huge, with the most incredible high medieval wooden roof. The Hall has played a central role in British history and the British State. Whenever I walk through it, I try to remember to stop – to take it all in - as it is very easy to take things for granted when we go about our daily lives.

The National Parliamentary Prayer Breakfast is celebrated every year (although the last two years have been online). This year there must have been around 700 people and church leaders from around the country. The event was livestreamed for the first time, meaning that people not attending physically could join in. I realise that there are some benefits from virtual working during the pandemic - we can reach out much further to people with digital and offer more choice and opportunity for people to engage and be included. It was a wonderful service, with the theme this year being ‘Serving the Common Good’. The main speaker was Rev. Les Isaac OBE, who was founder of the Street Pastors, members of whom do a lot of fantastic work in Hastings and Rye.

This was followed by an hour or so of emails and a refresh of the Scottish Affairs Select Committee Report into Access to Cash in Scotland before the meeting. This report highlighted some really important issues as regards access to cash not only as regards Scotland, but also the rest of the UK. In our previous evidence inquiry sessions, it was clear that a number of banks are closing as well as ATMs. This is really concerning, especially in rural areas such as Rother District, largely because approximately 20% of the UK population relies on using cash as their way to budget. We suggested a number of recommendations including for banks, which should be supporting their customers to access banking services at their local post offices, and that a working group should be set up to look into whether all ATMs – at a bank or not – should take cash deposits. These are relevant recommendations which can be applied across the UK, not just in Scotland. There had been a Government consultation on access to cash last year and it was excellent news to find out that following on from our evidence inquiries with John Glen, a former Treasury minister, the Government announced new powers to protect access to cash. New legislation (Financial Services and Markets Bill) will ensure that, in addition to creating a more competitive financial services sector post-Brexit, it will also protect access to cash by ensuring continued access to withdrawal and deposit facilities across the UK. Cash is and will remain an important method of payment for millions of people, particularly for those in more vulnerable or disadvantaged, and I am reassured that the Government is committed to preserving it.

In the Committee meeting, we considered our report paragraph by paragraph. There was not too much disagreement on this report and therefore no need for votes to be taken for amendments. That was quite a relief, as the Scottish Affairs Select Committee can be very volatile at times, with the SNP using every opportunity it can to use the Committee as a platform for the SNP agenda. You can imagine, with the leader of the Scottish Conservatives on it, sparks can fly!

This meeting was followed by Justice Oral Parliamentary Questions in the Chamber. I asked a question about support for families and the role they play in rehabilitating offenders. Sussex Prisoners Families has done some worthwhile work in supporting families affected by an imprisoned family member. Ex-prisoners find that coming home to a stable, secure family is a huge element of successful rehabilitation.

I then attended an event hosted by Surfers Against Sewage about river bathing waters – an opportunity to learn more about Inland Bathing Water Designation and how local and national action can help people swim safely and improve the UK’s rivers health. Our local River Rother is known for ‘wild water’ swimming but improving the health of our other local rivers would be a fantastic step forward. This ‘wild water swimming’ is a relatively new terminology for me – I grew up in Northumberland and spent most of my childhood and teenage summers swimming in the River Rede, the North Sea and the local village stream (when especially warm and where we just had to avoid the rusty bike!).

Some short welcome remarks from me to the AGM for South East Councils followed, before leaving the meeting for South East Councils to complete the formal part of the AGM. I returned to my office to quickly write a 5 minute speech to guests attending the reception following the AGM, which I was hosting. I highlighted my favourite topic – coastal communities; acknowledging their challenges but focussing on the wealth of opportunities if we have the right vision, partnership working and investment. Coastal communities should be a resource rather than a problem to solve. It was great to see some familiar faces.

During a meeting with the Home Secretary about immigration – both illegal and legal, about 10 minutes in, the drama of that day unfolded. I glimpsed on the silent TV screen in Priti’s office that Sajid Javid had just resigned and suggested to her that I thought she might be needed elsewhere. There was a bit of a scramble to find out what was actually going on, and I found myself wandering to the Members Lobby, chatting to one of my colleagues, when we literally bumped into Will Quince, MP and now former Children’s Minister, who was looking really upset. In fact, he was distraught as he had been with the Prime Minister when the resignations came through, discussing his outrage that he had been asked to do the media rounds the previous day and had deliberately been fed false information by the No.10 office to respond to questions about the Deputy Chief Whip ‘affair’. I was, quite simply, shocked.