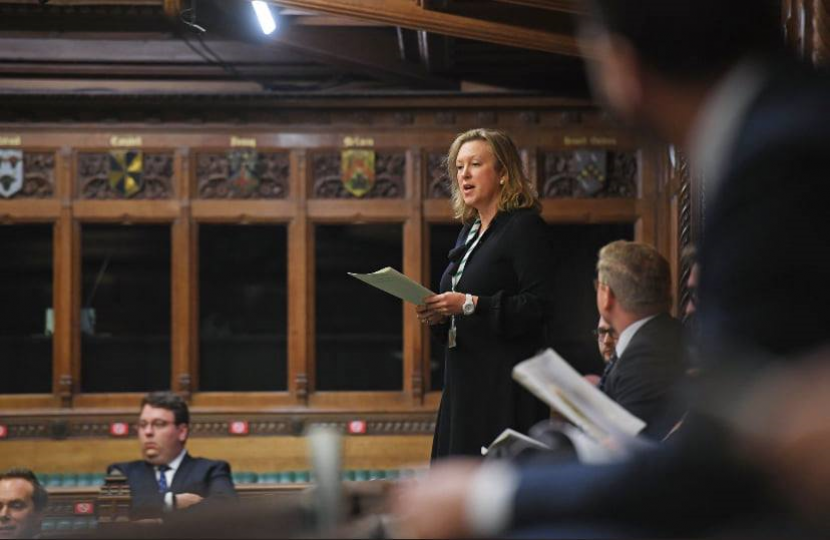 Firstly, I would like to congratulate the Honourable Members for Warrington South and Eddisbury for securing this debate today, on this crucial issue.

School exclusions have a negative impact on children’s lives and educational outcomes – and therefore have a negative effect on their adult lives and outcomes; it takes a lot of support and determination for a person who has been excluded from school - often many times - to decide that they do not want to be a victim of their negative school experience for the rest of their life. It takes a huge effort to turn this around.

Excluding children has an impact on a child’s mental health, with a recent study finding that exclusion can lead to new-onset mental health conditions.

Research suggests that better access to mental health support for pupils who struggle at school could prevent future mental disorders and prevent exclusion from school.

I spent many years as a magistrate before coming to this place and I have witnessed a correlation between previous school exclusions and involvement in the criminal justice system. Early intervention and prevention and supporting parents in parenting skills – breaking the cycle – is key and investment much needed here – as in Family Hubs.

The number of permanent exclusions has increased in the UK and Government statistics show that permanent exclusions have increased. It is worth noting that exclusion rates vary widely between schools; a 2019 study by England’s Children’s Commissioner found that 88% of exclusions take place in only 10% of schools. This means that most schools do not exclude children but try and help them and keep them in school.

Pupils with SEND have had disproportionately high exclusion rates since records began.

Many of our children who are being persistently excluded are some of the most disadvantaged and often neglected children and we cannot allow these most vulnerable children to be overlooked by the education system. Giving every child the best start in life is a guiding principle of this Government’s approach to education here in England.

We Conservatives believe that no matter the background of a child, the wealth of their parents, their race, gender or sexual orientation, every child deserves a fantastic education - or at the very least a suitable one - and the opportunity to build the foundations they need to thrive in the world of work and become functioning members of their communities. This must include those children where the system fails them.

I would like to pay tribute to Carole Dixon, CEO of Education Futures Trust, which supports vulnerable children, families and adults across Hastings, St Leonards and Rye by removing barriers, providing 1:1 support, developing their resilience, and  improving their life chances through education.

Many children have complex needs and struggle in mainstream school. Alternative Provision can provide for these children’s needs and AP should be seen as an integral part of any local authority’s core offer. AP, which should be properly monitored and registered, should focus on the child’s interests and needs which will help them build trust, confidence and resilience.

I wholeheartedly support the Timpson recommendations; early intervention, teacher training which equips staff to manage behaviour and understand underlying needs is vital for both the pupil and the teacher; boosting Alternative Provision in both investing in the provision and the buildings required is a must; that local authorities should drive multi-agency action and better use of data and data sharing and that the Government should incentivise inclusion and reduce pressure on schools.