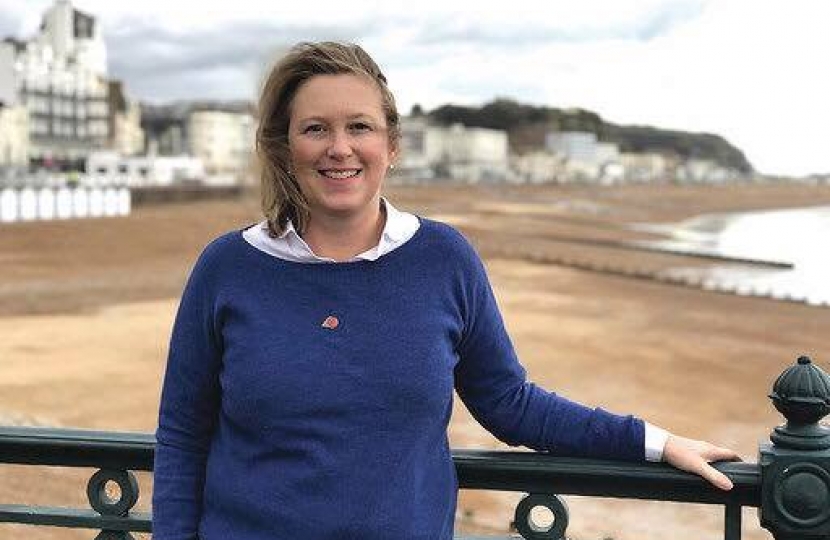 Over the weekend the Home Secretary, Priti Patel MP, was in France to meet with her counterpart, French Interior Minister Gérald Darmanin, where they both agreed, through a Declaration of Intent, that a Franco-British Operational Research Unit to combat migrant smuggling will be established.

Following this announcement, Sally-Ann said “I am really pleased to see this cooperation between the United Kingdom and France taking a further step forward to tackle the illegal practices of the criminal gangs behind the illegal crossings that are taking place on the English Channel. We know all too well that these crossings are continuing to take place and increasing, as we have seen at Pett Level beach and other places along the South Coast.”

The new unit will collate, centralise and analyse operational intelligence to prevent crossings from taking place and to dismantle the gangs behind them. It will be staffed by French and UK officers and will feed into the already established teams working tirelessly to end the illegally facilitated crossings.

Both the Home Secretary and M Darmanin stressed that migrants should not risk their lives to reach the UK, given France is a safe country with a well-run asylum system.

“I have always defended the cases of genuine asylum seekers and refugees and have gone further to say we should bolster the rights of refugees. However, we must come down hard on those facilitating the illegal and awful practices of human trafficking. These criminal gangs prey on the most vulnerable and we cannot allow this to continue. The news over the weekend of bilateral cooperation is a welcome step in our fight against illegal immigration,” said Sally-Ann.

The local MP for Hastings and Rye, Sally-Ann Hart, attended a workshop on June 9th 2021 hosted by DWP and the All-Party Disability Group to become registered as a Disability Confident Committed Employer.