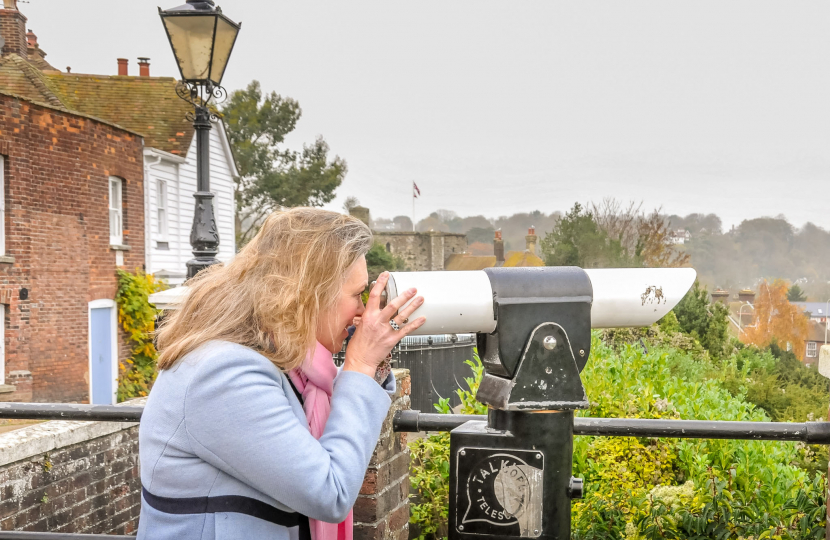 In the last couple of weeks, I have had the pleasure of attending two Mayoring ceremonies, the first in Winchelsea, followed by one in Rye.

On a warm Easter Monday, a crowd gathered outside of the Court Hall in Winchelsea, before going inside for the swearing-in of the new Mayor, David Merrifield, before we all moved over to the church for the remainder of the ceremony – a much bigger venue allowing more local residents to join in. My husband and two sons slipped into the back of St Thomas’ dressed in their more casual attire of jeans and hoodies, which was in contrast to the magnificent and traditional garb of the official participants. The Court Hall has hosted the swearing in ceremony on Easter Monday since 1665 and it is incredible to think that there has been a Mayor of Winchelsea for over 700 years - continuing such history and tradition is absolutely something to delight in and be proud of.

This week, on Bank Holiday Monday, I attended the Rye Mayor Making Day, which was quite different in certain ways. There was the traditional swearing-in of the new Mayor, Andi Rivett, in the Town Hall Chamber following a short procession. I noticed lots of tourists snapping photos of the beautiful and traditional attire of the official participants – it looked like something out of a Dickens production (although I know the tradition and clothing style is older than that!). The throwing of the hot shiny pennies followed; what a sight to behold. As I gently threw some pennies out of the window, I looked at the faces of so many children below looking up. Oh no, I thought, I hope I do not hit an eye…The delight on their faces and rush to catch and pick up the pennies was a sight to behold – they clearly had such fun (and no injuries!). We were also treated to the Ryebellion Drummers, whom I just think are fantastic. In 1989, there was a celebration of 700 years of Rye Mayoral history, with 700 balloons released, Rye in Bloom, and a firework display to name but a few of the events held to celebrate this ancient tradition. I do wonder what the plans will be for 2089!

These customs of Mayor Making in Rye and Mayoring in Winchelsea, like many other traditions, are well worth keeping – even if they do adapt to life around us in the same way as we adapt to life around customs and traditions. I took great joy in watching both ceremonies and it was clear that the participants and spectators thoroughly enjoyed them too. These are just two of thousands of historic and ancient traditions conserved today. Conserving and respecting – celebrating - tradition is important to both communities and individuals, as it generates a sense of belonging, of identity, of community, and of togetherness – something we can all share in, no matter who we are or where we come from. Just because something is traditional does not mean that it has no place today – we can all learn from the wisdom and values of the past, giving us hope as we face the future.