Statement - Owen Paterson and Reforms to the Standards Committee 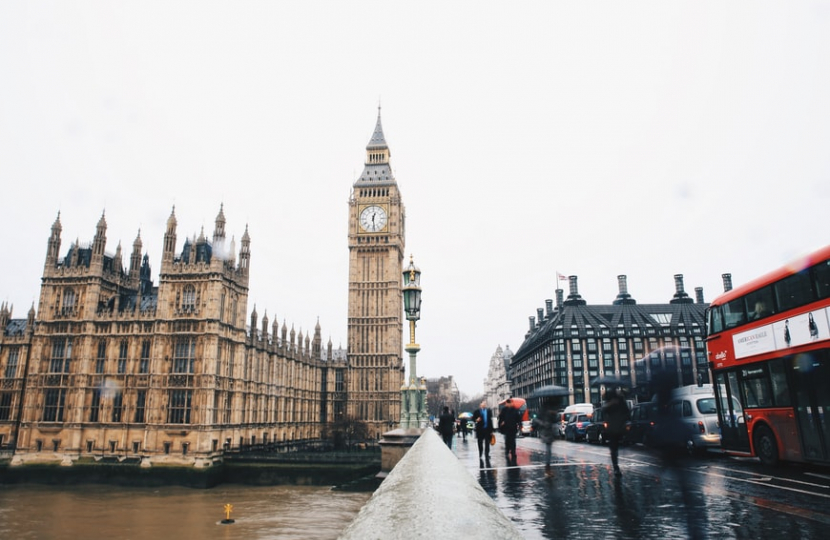 Owen Paterson has decided to resign, with immediate effect, as an MP. This is not because he is being made to step down but because, with this issue arising after the suicide of his wife, he has decided that politics – in his own words-  is a ‘cruel world’ and one that he and his family no longer wish to be part of. Whilst I have never actually spoken to Mr Paterson, I feel compassion towards him and his family; for he and his family to live through the suicide of his wife and their mother is truly horrendous and for people, including some MPs, to mock their experience is quite frankly, unacceptable.

As a fairly new MP who is aware of, but has not been subject to a review under the parliamentary standards or discipline procedure for MPs (and hope that I never do), I looked in detail at the review process last week before the vote.  I was surprised that there was no provision for independent judicial oversight – and I firmly believe it is deficient in this respect. A provision allowing an appeal, if felt necessary, should be a right for all who feel aggrieved with a determination. The current process does not meet the requirement for natural justice.

In Owen Patterson’s case, he was found to have breached the Code of Conduct without being able to call any witnesses or, once the decision was determined, any right to appeal. Reading the Standards Committee’s report it appears to me that he has breached the Code, but to have his behaviour - his case – considered by a cross-party group of MPs, without any right of appeal or independent oversight, is not right - given the partisan nature of party politics inherent in Parliament (on all sides of the House of Commons).

Owen Paterson was due to be suspended for 30 days. If any MP is suspended for more than 10 days, this can trigger a by-election and might result in a loss of office – his job. Given that any employee in such a situation would have had the right to have their case heard and make an appeal, I fail to see why MPs should not have the same natural justice applied to parliamentary determinations. Employees have recourse to industrial tribunals if they feel that they have been unfairly treated or dismissed. Although MPs are not employees, they should have similar rights to employees, especially when their job is at stake. Further, I really do not think that MPs should be judging each other and determining another MP’s guilt – an independent and impartial tribunal type process should be used.

Owen Paterson’s case identified a need for reform of the system but trying to implement the reform at the same time as dealing with his case was clearly poorly timed and many in the general public understandably took the view that Conservative MPs were ‘trying to protect one of their own’. I sympathise with that view.

In Parliament, events often blow up very quickly, with little notice, sometimes requiring decisions to be taken in short timescales. Many MPs decided that reform was needed and that Owen Patterson’s case, with consideration of the mitigating circumstances that he and his family have been through, needed the ability to appeal the decision made. Upon reflection, more time should have been given to to this issue, to allow all MPs the chance to consider the unintended consequences of making such a decision.

You will be aware that Owen Paterson was found to have been lobbying on behalf of businesses he was retained by, contrary to the rules.  For clarity’s sake, I do not, nor will not, take on any paid external consultancies to supplement my salary as an MP. Personally, I do not believe that it is right for an MP to do so, despite it being permitted.

Being an MP is an enormous privilege and representing the people of Hastings and Rye in Westminster is an honour. This honour and privilege rightly comes with scrutiny. However, it also comes with huge sacrifices and pressure.  I feel very strongly that MPs should be held to the highest standards, but should their behaviour be subject to scrutiny, they should be afforded the benefits of natural justice, including the right to appeal. I also feel very strongly that MPs who have been found to have breached the rules should face the strongest sanctions once a fair process has taken place. I hope that reform makes this possible so that we get a system which is fair and equitable to those subject to it and more transparent to the public.