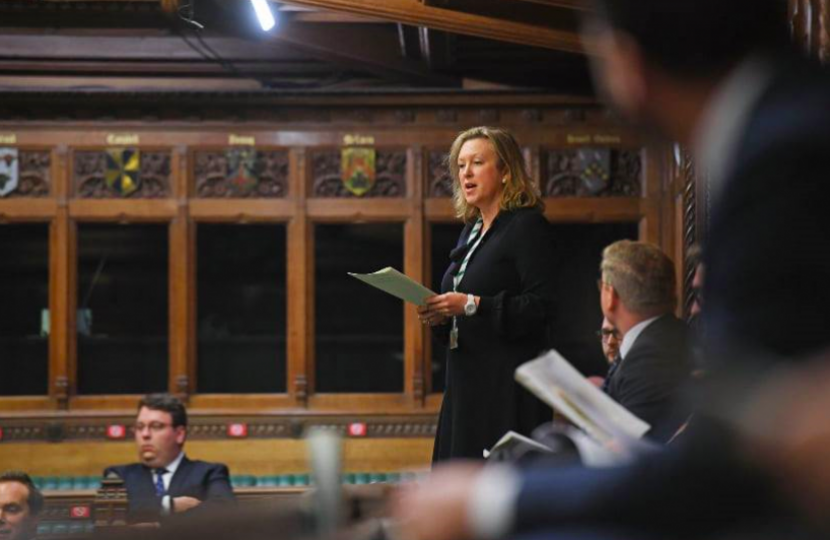 Mr Speaker, here is an example of some of the correspondence I have received in recent days:

I am writing to you to express my deepest sadness and shock at the situation in Afghanistan….

Please do whatever you can to ensure the safety - visas and support - for those Afghans who have worked for peace and reconciliation under appallingly difficult circumstances…civil society leaders, activists, journalists, interpreters….

I realise it may be too late, but we must try….

Please can we have an urgent increase in humanitarian assistance….

We need to show the world that we uphold our values with action….’

I echo their concerns and am grateful, on behalf of my constituents, to the Prime Minister, the Secretary of State for Defence and other relevant Government departments for all the work that they are doing with our allies and partners to ensure that lives are protected and saved.As we sit, the UK effort is securing the safety and removal of all UK nationals from Afghanistan, along with those Afghans who have aided and supported us in our missions of the past twenty years – which is the right thing to do. But we are talking about many thousands and their families and we owe a duty to them all.

I want to acknowledge, and thank, as other Members have, our security services, our diplomats, our MOD civil servants and our armed forces for the truly outstanding work they have been doing - and are continuing to do - in a most dangerous, challenging and complex environment.

Like many who have seen the images coming out of Afghanistan I am shocked, saddened and angry as events have been unfolding. Whilst I am particularly concerned for the women and children of Afghanistan who must be living in a state of fear and anxiety, it goes without saying that there are men in real danger too.

The scenes we are all seeing are heart-breaking and devastating for those of us who have supported the transition over twenty years to a more tolerant, liberal and democratic nation. The speed and devastation at which these values and institutions have been erased with the Taliban insurgency is shocking and distressing to see.

Questions must be asked over the coming weeks as to how and with what help from whom the Taliban has been able to take-over power in such a short period of time as why this took us by surprise.

The US took military action, supported by NATO allies, against the Taliban for harbouring Al-Qaeda following the September 11 attacks in 2001 to fight the War on Terror. Western allies have achieved success in bringing Al-Qaeda’s leaders to justice, removing the Taliban from control in Afghanistan and preventing the country from becoming a safe-haven for terrorists.

Furthermore, millions of girls have been educated and women have enjoyed employment.

But, we now may well face an escalation of terrorism and, from what we are seeing in media reports, women and girls face a lifetime of educational, social and humanitarian penury - all over again.

There is a lack of consistency about the promises the Taliban spokesmen make, including on human rights, and what is being reported on the ground.

President Biden has publicly stated that the US was ‘never supposed to have been nation-building’ or ‘creating a unified centralised democracy’ and was only supposed to be fighting terror. But the US led the nation-building and the creation a more liberal democracy – creating a life for Afghans, particularly women and girls - with hope.

I believe, alongside many of my honourable friends in this House, that the USA has displayed a gross error of judgment and handed us and our European allies not only a humanitarian and refugee crisis, but also an increased security and terror threat. To turn its back on the Afghan peoples as well as its allies is hugely concerning.

I have spoken to people with direct experience, both historic and current, about immediate concerns in Afghanistan. It is not only the interpreters and those who have directly helped our forces that need urgent help, but contractors/sub-contractors, civil groups, those employed in media outlets, NGOs - Afghans employed in non-exposed roles – but who are at grave risk because they used UK resources, promoted Western values of free speech, tolerance, liberal thinking and so on.  I have heard of horrendous examples including an artist hiding in absolute fear – they had painted anti-radicalisation murals. These are secular, educated people who are in real danger and we need to help them.

We have a moral duty and obligation to those who will now be seeking refuge and asylum. I fear particularly for the women and children who will suffer under the brutality of the Taliban regime. We must do all we can through international organisations like the UN, to come together a do whatever it takes to turn this situation around. Abandoning those people at grave risk to the fate of the Taliban cannot be the only option.

I welcome the Government’s initiative to do all we can to unite our allies in the effort to set up safe and secure routes for the thousands – millions - of refugees that will be fleeing Afghanistan in the coming weeks and months. And provide them with safe havens. I welcome the Home Secretary’s Resettlement Scheme but urge more urgency and flexibility on numbers.

Afghanis are crying out for support, and we in the UK must not sit by and allow Afghanistan to become a failed state that becomes a breeding ground for terrorism yet again. I urge the Government to work with our allies on a mammoth up-scaling of humanitarian and development aid to Afghanistan – with conditions attached, such as adherence to human rights.

It must be highlighted, however, that the Taliban has expressed a desire to eradicate western values and influence and we have to ask whether aid could be used as a lever to maintain the freedoms and human rights enjoyed by Afghans for almost the last two decades. I welcome the Foreign Secretary’s recent comments on the aid budget in this regard.

I also urge the Government to do all it can with other nations with NATO and the UN, to ensure pressure is brought to bear on the Taliban to guarantee that Afghanistan does not become a failed state, harbouring terrorists who could wreak devastation and turmoil around the globe.

The UK cannot act alone and Western allies need to come together to support the peoples of Afghanistan. A safe, secure, tolerant and liberal Afghanistan is good for the citizens of that nation, it is good for us here in the UK and it is good for stability across the globe.