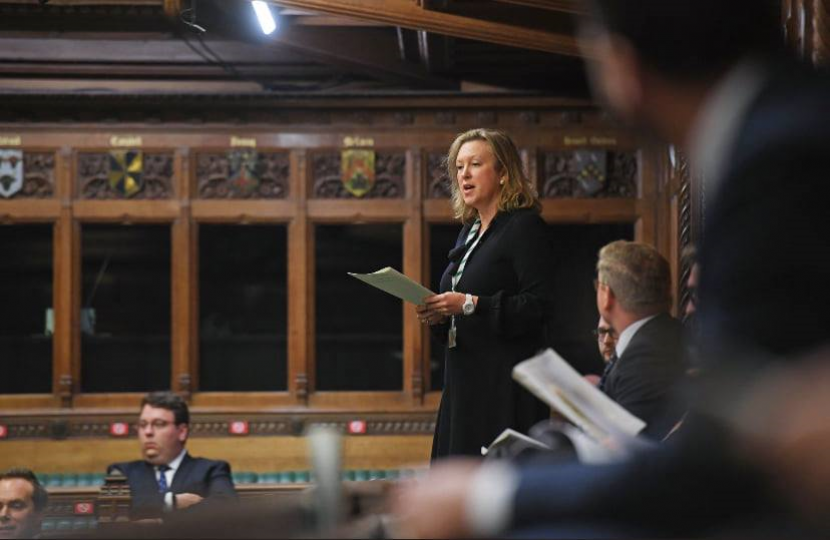 I thank the Prime Minister for his dedication to the United Kingdom of Great Britain and Northern Ireland, his aspiration for all in this country and his expectation that we can achieve great things as individuals and as a country.

This Conservative Government, working as a team, has delivered hundreds of achievements over the past two and half years. It has delivered and continues to deliver on the people’s priorities.

Brexit for starters - the Prime Minister upheld his promise to the British people to get Brexit Done.

In March 2020, the country faced an alarming health crisis – the Covid pandemic – something which those opposite have conveniently forgotten about.

This Government has taken decisive action to shield the public from the worst effects of the pandemic and the war in Ukraine. It is very easy to criticise but far, far more difficult to make the tough and hard decisions.

We have delivered the biggest reforms to our railways in 25 years, with simpler, modern fares and reliable services for passengers.

We have begun the accession process to join the Comprehensive and Progressive Trans-Pacific Partnership, giving UK businesses access to one of the world’s largest and most dynamic free trade areas.

We hosted COP26 in Glasgow last year, helping to drive ambitious climate change action around the world. We saw the world-leading Environment Act passed – ensuring that the environment is at the heart of this Government’s agenda.

[We have established a £500 million Blue Planet Fund, to protect our oceans for future generations and committed £11.6 billion for international climate finance, cementing our position as a world leader in the fight against climate change.]

[We have seen the Plan for Jobs, up-skilling and re-skilling and a focus on education, giving every pupil in England a funding boost, so all children have the same opportunities to succeed.]

We have invested in levelling up parts of the country that have been overlooked, including the Levelling Up Fund and Towns Fund deals – Hastings received £24.3 million leveraging in another £85 million in private sector funding.

The Agriculture Act, investment in health and social care, the Police, Crime, Sentencing and Courts Act, the Building Safety Act, the Skills and Post-16 Education Act, the Nationality and Borders Act.

I could go on.

It is a fundamental principle of our constitution that any government must retain the confidence of the legislature – us. The Conservative Party won an 80-seat majority in 2019. We may have a slightly reduced one now, but this Government continues to operate effectively – as votes on legislation in the past couple of weeks alone prove.

The Prime Minister may have lost the personal confidence of many of his MPs, but he has not lost the legislative mandate.

This Government continues to function as a strong team, and I have full confidence in it to deliver the priorities of the people and businesses living in my beautiful constituency – Hastings and Rye – and the rest of the UK.

I pity those on the Opposition benches. They have resorted to the petty low of personality politics because they have nothing else.

So, with this Prime Minister gone……what will they do?

We can feel their panic seeping across the floor; their hate-fuelled moralistic posturing has made them all vulnerable.

Whilst we, [on this side of the House] keep calm and carry on….in the British way.