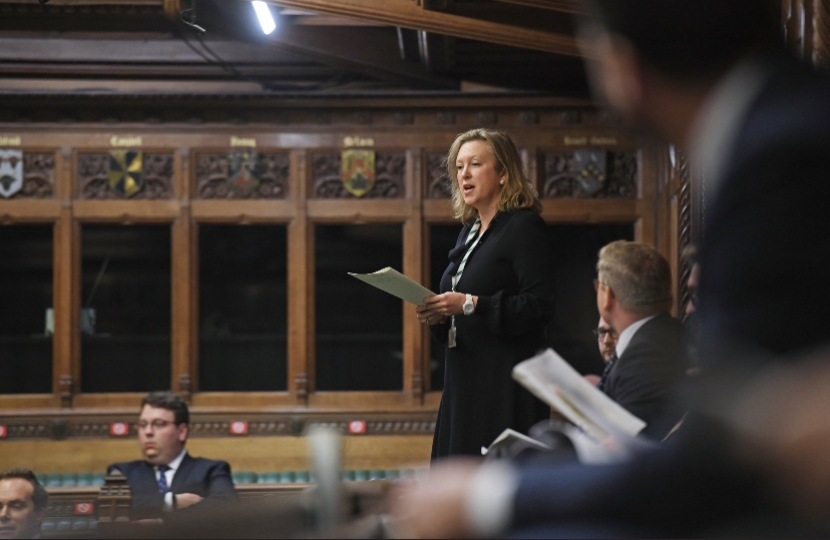 I want to highlight Sussex Police, led by Chief Constable, Jo Shiner and PCC, Katy Bourne which has consistently exercised a calm and consent based approach throughout the pandemic- the 4 Es; engaging with the public, explaining Government advice to help prevent the spread of coronavirus in our communities, encouraging compliance and using enforcement only as last resort where people refuse to comply.

Much has been said over the past few days about the right to protest – a ‘new crackdown on protest’; ‘curbing civil liberties’.

Putting rights ‘fundamental to our democracy at risk’

This Bill does not do that.

It is indeed our fundamental right to protest, the right to gather, the right to have a voice. No one is stopping that. But for some protestors, peaceful protest is not enough. Last year, in London, for example, we saw extreme disruptive tactics in the Extinction Rebellion march which reportedly cost the Metropolitan Police £16 million. That is not Police money; it is taxpayers’ money which would be better spend on, let’s say, nature-based solutions to climate change.

This fundamental right does not come with a right to act in a criminal way; to be violent or disruptive. There is no freedom without justice.

[At times across the country, the hands of the police have been tied in dealing with protests, demonstrations and marches where some people have got out of hand, become violent or disruptive – abused the cause for which they – or moreover – other protestors stand for. ]

[We have witnessed some people attending an otherwise peaceful protest hurling bottles and objects at the police, committing criminal damage, even assault.]

The actions of perpetrators in committing criminal damage, public order act offences, assaulting police officers in execution of their duty or members of the public are unlawful and unacceptable. There is no reason for peaceful demonstrations to turn disruptive or violent, but unfortunately even good causes often attract a malign element hellbent on using such a cause as a platform to showcase their own agendas, undermining the aims and message of the protest or demonstration which they have attached themselves to on that particular day.

Over the years, we all have witnessed the extreme disruption that some protests have caused; stopping people getting on with their daily lives, hampering the free press and blocking access to roads, bridges, businesses – including Parliament - and even hospitals.

We cannot confuse current coronavirus regulations with a new Bill which introduces sensible measures to deal with disruptive behaviours whilst maintaining a right to peaceful protest.

This Government is taking action to ensure that the crucial balance between the fundamental right to peaceful protest and the rights of people to get on with their daily lives is maintained.

I welcome and support this Bill because as a Conservative I stand for justice and for law and order.