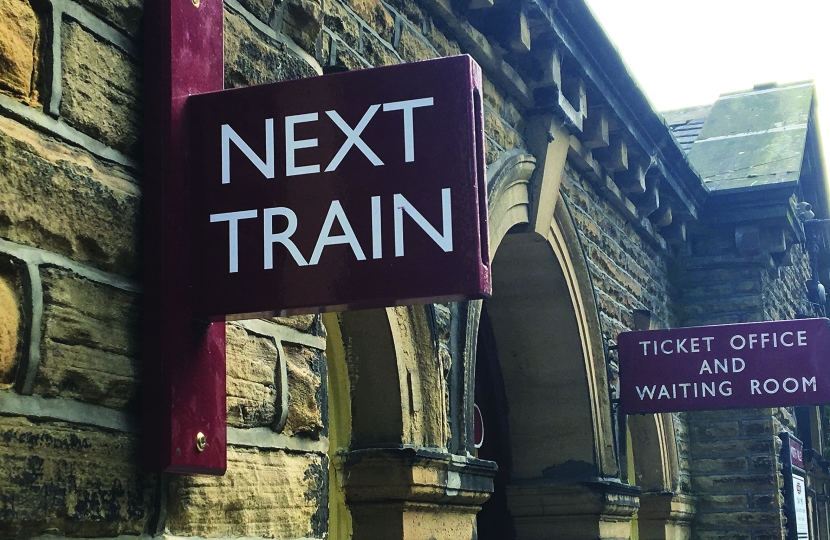 Local MP for Hastings and Rye, Sally-Ann Hart, has welcomed the news that £120,000 is to be invested in local railway stations across Hastings and Rye as part of the GTR Passenger Benefit Fund Programme (PBF).

Following the announcement, Sally-Ann said “I am really pleased to see that GTR are putting a package together of £120,000 for four stations across the constituency, as compensation for their poor handling of the timetabling disaster of May 2018. It is only right that GTR are held to account for their poor performance back then, and I am pleased that passengers have been put at the heart of these schemes.”

The PBF is a fund of £15 million from GTR as compensation to passenger following the unacceptable performance of the introduction of the new timetable in May 2018. This fund will go towards tangible improvements for passengers, these improvements include things like upgrades to PA systems, new seating, installations of defibrillators, improvements signage and cycling parking.

In the Hastings and Rye area four stations will each receive £30,000 for improvements, these stations are Ore, Rye, Three Oaks and Winchelsea. These schemes should all be completed by the end of September 2021.

Back in 2018, when the government announced it was holding GTR to account for their role following the introduction of the May 2018 timetable, it was agreed by MPs that passengers should be put at the heart of the fund. Many of the schemes that the money is being spent on have been decided, as much as possible, by the users of the stations. GTR collated ideas from passenger and after consultation determined what improvements the programme would fund.

“From defibrillators to new seating, better signage to cycle parking, these new improvements will bring tangible differences to these stations, and I am pleased to see there is an ambitious and short timetable to get them installed. I hope these go a small way to repay for the misery and mayhem caused back in 2018,” said Sally-Ann.

World Seagrass Day: Why in 2021, the UK must realise the potential of our blue carbon assets

When we think about decarbonisation, most of us immediately think about reducing our everyday fuel consumption, by turning off electric lights or switching to an electric car – seagrass likely isn’t the first thing that springs to mind.