Statement - Sewage Overflow and Lords Amendments to the Environment Bill 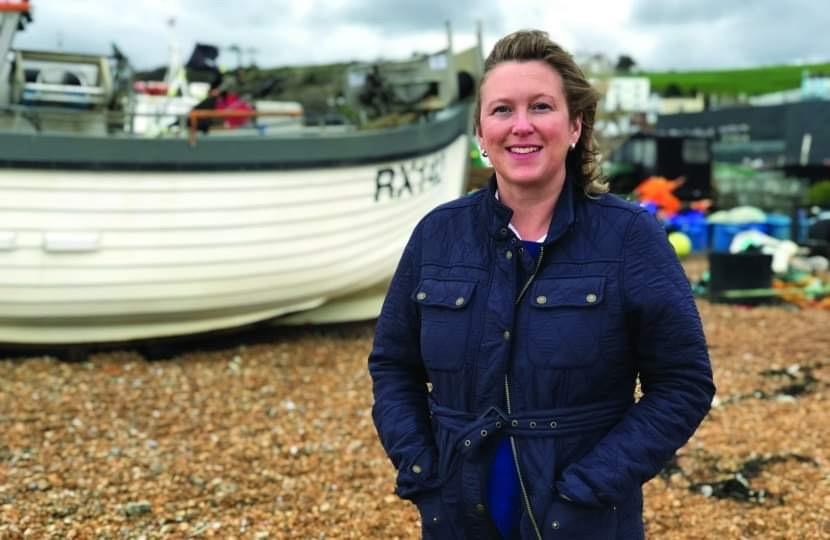 A number of constituents have contacted me about the Lords Amendment to the Environment Bill regarding storm overflows.

I, along with many of my colleagues, have consistently raised the issue of storm overflows and sewage leaking with Defra minister, Rebecca Pow, and I supported Philip Dunne’s Private Members’ Bill, which would place a duty on sewerage undertakers to take all reasonable steps to ensure that untreated sewage is not discharged from storm overflows.

I would like to explain why I voted against the Lords amendment as drafted, as this is a complex issue. I voted in support of Amendment (a) to Lords Amendment 45, but s141A was removed from Amendment 45 – which sought to place a new duty on sewerage undertakers in England and Wales to demonstrate progressive reductions in the harm caused by discharges of untreated sewage, which I, of course, support in principle – to eliminate all untreated sewage overflow is what we all want to see. However, the Amendment did not include an impact assessment nor was there a plan as to how eliminating sewage overflows can be delivered. To eliminate storm overflows means transforming the entire Victorian sewage system to a whole new sewage system. It would be irresponsible for any Government to spend an estimated preliminary cost of anywhere between £150 to £650 billion to transform the entire sewage system. This is a huge amount to spend in an ordinary time, let alone at a time of a continuing health pandemic. To give some perspective, £150 billion is more than the entire schools, policing and defence budget put together and £650 billion is billions more than we have spent on supporting livelihoods and jobs throughout the health pandemic.

I am pleased that the Government did insert a range of other amendments to the Environment Bill to address my and my colleagues concerns with regard to storm overflows.

• Minister Pow confirmed to me that the Government has moved considerably on this matter, more than any other matter in the Bill, and is confident the existing provisions will achieve progressive reductions in the harm caused by storm overflows, underpinned by the new direction to Ofwat in the Government’s draft Strategic Policy Statement that the Government expects Ofwat to incentivise water companies to significantly reduce the frequency and volume of sewage discharges from storm overflows.

• The Bill also now requires the Government to produce a statutory plan to reduce discharges, and report to Parliament on progress.

• The Environment Agency and water companies are now required to publish annual information on discharges, and water companies are to provide near real time overflow data (within 1 hour) of the commencement of an overflow, its location and when it ceases. In addition, water companies will now be required to continuously monitor the water quality upstream and downstream of an overflow and of sewage disposal works, as well as to produce comprehensive statutory plans (drainage and Sewerage Management Plans) for the resilience of their wastewater networks.

• The Government will also be required to publish a report considering the costs and benefits of eliminating flows entirely before 1 September 2022, which will inform Government decision-making and explaining the actions needed to eliminate storm overflows. I believe this to be essential as it will provide Parliament and the public with comprehensive information on the cost and impact of eliminating overflows – we will then fully understand how best we can tackle storm overflows.

I also welcome an additional measure that the Government will undertake a review of legislation which would require Sustainable Drainage Systems to be constructed to ministerial standards on new developments, which would reduce the pressure on the sewage system.

To respond to the Lords’ concern regarding the independence of the new Environment watchdog, in particular the powers ministers have to issue guidance to the Office for Environmental Protection on how to fulfil its function in holding the Government to account, the Government has brought in a further safeguard requiring greater Parliamentary scrutiny of any guidance issued to the OEP.

I hope I have reassured constituents that any suggestion that I and other MPs are not taking firm action on storm overflows is false. I voted in favour of a range of measures to take immediate steps to address storm overflows, together with a legal duty on the Government to produce detailed and, importantly, costed plans for reducing and eliminating storm overflows. I am satisfied that the measures proposed by the Government and voted upon, in response to the concerns that I and many MPs have raised, will achieve the required outcome – of eliminating untreated sewage discharges in our rivers and along our coastline.